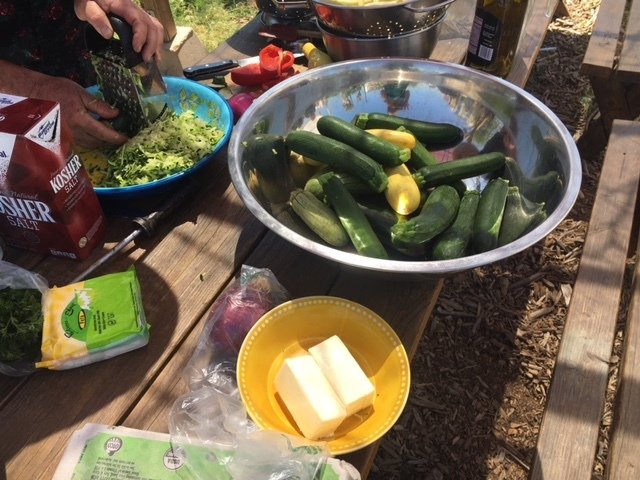 Zucchini picked young are more tenderZucchini are renowned for growing to gargantuan proportions, leaving people perplexed about what to do with these abundant green giants, which often seem to double in size in just a few days.

First off, “there’s no such thing as a big zucchini. Ini means small in Italian,” said Corso, who prefers to harvest zucchini young and toss the less-tender giants in the compost pile.

Zucchini is also full of water, and if you don’t salt it to draw the moisture out, your cooked zucchini will turn to mush. Either put the salted zucchini in a colander and drain off the water after letting it sit for about 20 minutes, or wrap the zucchini in a towel and press out the moisture.

“You will taste the difference,” said Corso. 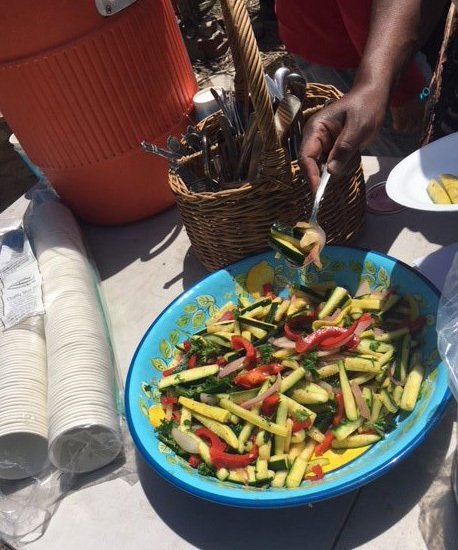 Red and yellow peppers brighten up this dish.

For the Zucchini Saute, Corso suggests cutting the vegetables into French-fry-shaped batons. First, saute the onion in a large, hot skillet with olive oil.

Then add the red bell pepper and some yellow and green zucchini. Check to see if the dish needs more salt, then toss with parsley and serve.

For the Stuffed Zucchini, cut the top third off the zucchini and scoop out the middle with a melon baller or knife. Then chop up the tops and scooped-out middles for the stuffing.

If the scooped-out zucchini is wobbly, simply take a slice off the bottom to make it more stationary.

Fill each zucchini boat with stuffing, then bake in the oven for 35-40 minutes and serve. 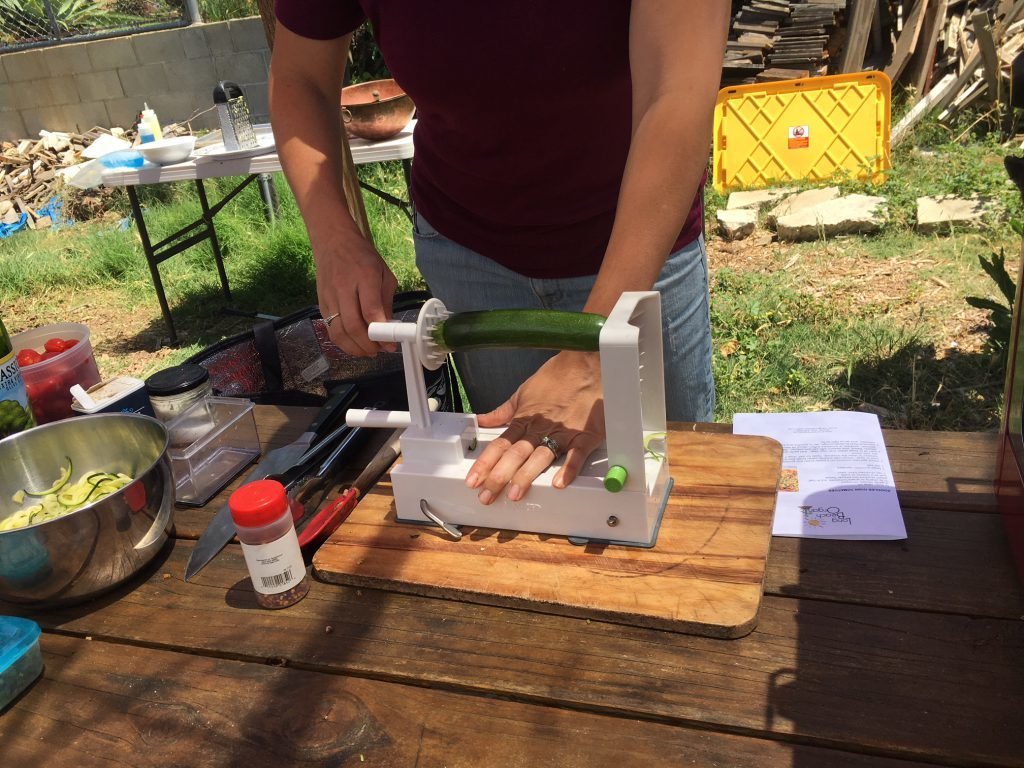 Once you cut the spirals, soak them in salt to draw out the moisture. Be sure to taste them later for salt, and rinse them if they’re too salty.

For the Zoodles over Tomatoes recipe, Aiton suggests cooking halved cherry tomatoes in olive oil and garlic until they are almost carmelized. “There’s going to be a lot of juice at the beginning, but as it cooks, it will reduce down.”

Stir in the zucchini and basil, cook for 2 minutes and serve immediately. “Don’t cook the zucchini too long,” said Aiton. “It’s already pretty tender from the salt.”

Aiton said you can also use uncooked zoodles to make a pasta salad. “You don’t even need to cook them,” she said. 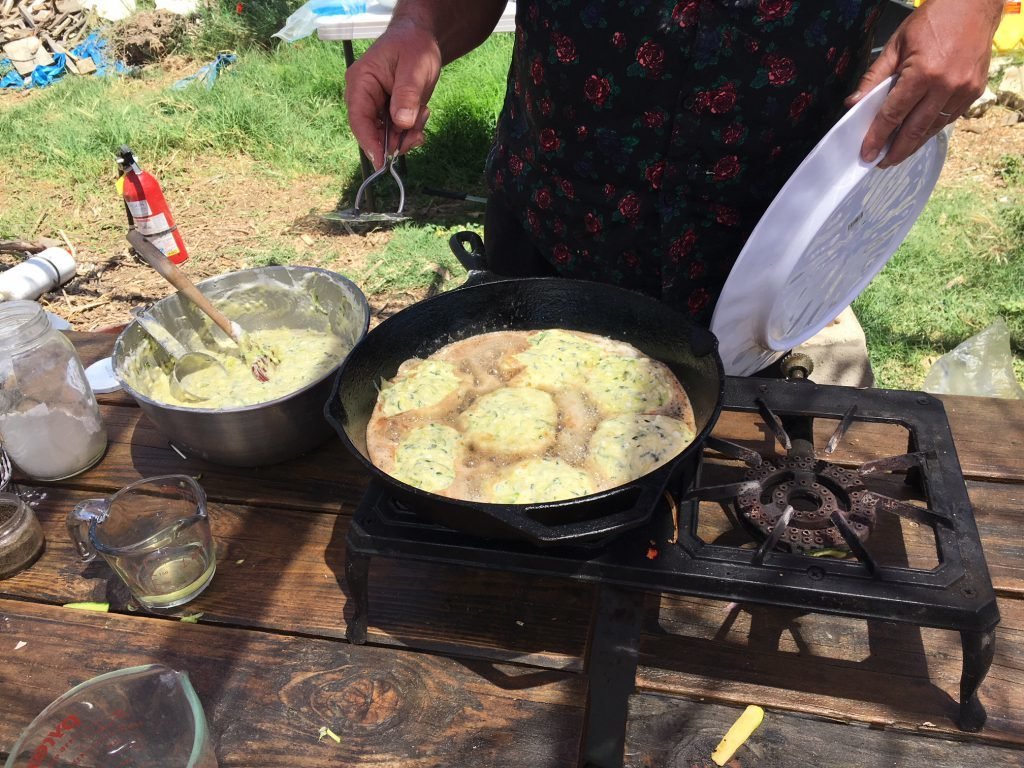 While the zoodles were low-cal, the Zucchini-Feta Pancakes used eggs, cheese, and flour, and were cooked in liberal amounts of butter. The eggs had to be separated, then whisked until they were stiff. As in the other recipes, the zucchini had to be salted and stand.

The pancakes can be topped with sour cream, yogurt, creme fraiche or smoked salmon. “This is not a healthy substitute for something else,” said Corso. “This is an indulgence.”

The cooking classes are open to all LBO members and their guests, although donations are appreciated. Minimum LBO membership is $25 per year, and can be paid at the event. Participants get a taste of each dish and the printed recipes: LBO-COOKS-Zucchini-Recipes2.pdf