Bagrada Bugs are Coming for Your Cruciferous

Summer is Bagrada Bug season. That’s the name of those pesky little beetles on your kale plants that scamper around frantically, often joined together in the act of making more of them. They arrived in California a few years ago and they are a nuisance to anyone trying to grow cruciferous (cabbage family) vegetables. This family (also know as brassicas or cole crops) includes cabbage, broccoli, kale, cauliflower, collards, mustard, radish, turnip, radish and arugula. The bugs nibble the mature leaves, making them appear scorched, and they gobble up seedlings whole.

The bad news: there is no effective spray or biological control as of yet.

The good news: they only thrive in the hottest months, when nighttime temperatures rise into the 70’s. Soon they will be dormant again, until next August. They also tend to leave other plants alone. 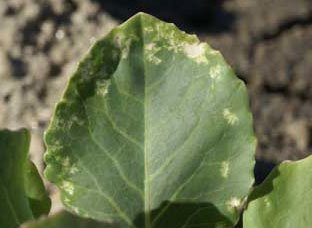 There is not much to do besides wait for cooler nights. You can pull out your tired old kale plants, and cultivate the soil often to disturb the eggs, but in hot weather the bug will always win. Don’t bother to spray them. They move too quickly to catch, and even organic sprays will kill the good bugs in your soil.

You can use radish or arugula seeds as a test to see if the bugs are still active. They sprout quickly and, like a canary in a coal mine, will indicate if it is safe to proceed with cole crops. In late September, start sowing a few of them every week or so. You may see the soil break one day, then the next day no trace of a seedling. Keep trying–soon the seedlings will survive, but be chewed up and scorched looking. When you see healthy radish or arugula seedlings with no sign of damage, you will know that the nights have gotten cool enough for the bugs to go dormant. It should now be safe to plant all the cruciform vegetables.

The days when we could plant cool crops in late summer with the hopes of an early fall harvest may be over until an effective control is found, but Southern California still has a long mild winter for growing all the cruciform vegetables.